So - like I said last week - the AE Photography is in town and we're having a blast. Last night we went to Manny's Steakhouse and spent about $435 between the 6 of us. Worth. Every. Penny. (More details on that later) And today has been a "we were up WAY too late playing games, and slept horrible" kind of lazy day - involving emails, editing, and blogging... YAY!

So Ashley posted an AWESOME blog post last week called "Critique Me" where she is gunna post tutorials to her awesome editing tricks... so naturally, since the master is sitting across the table from me, I started practicing... I had snapped a picture of her & Finn earlier in the day and this is what I came up with. 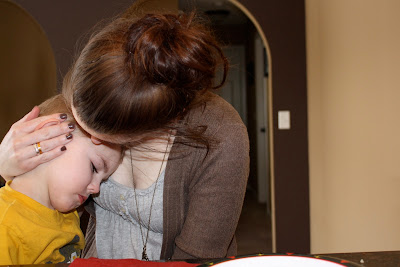 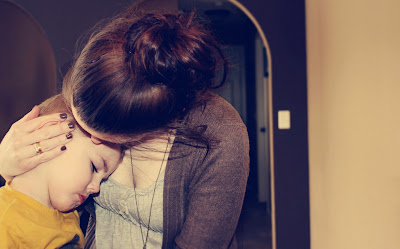 And another batch of edits: 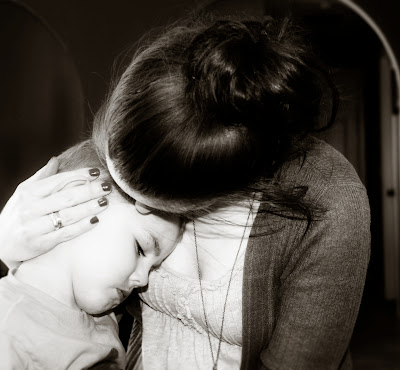 Whatcha think? I know they're not perfect... but they're still pretty cool... now I should make Ashley do her own spin and see what SHE would do with it :)

Note to Self Saturday: Halloween this year... Tricks, not treats :( YAY for stress!! Can we say EPiC FAIL!? Big plans for today - Clearance Halloween shopping... hanging in San Diego with Beki & Maddie & the boys... Nap time... RockerByeBaby photo shoot... & trick or treating! So far its 2pm and not off to the best start. I swear its like every time i try to plan something fun to get out o the house there is some major meltdown... today? Two meltdowns. Meltdown #1 started when we got to Target. ALL i wanted to do was sneak in and snag the Monsters Halloween Bathroom set. We have 3 bathrooms in the new house and only one with any decor... so me, being a cheapskate... thought the monster setup would be perfect for the boys... it comes with the curtain, rug, towels, wash clothes... and then there is a basket I want to use for towels.. and a candy dish that I want to use for soap! It'll be so cute!! Well, I walked in with the boys in cart... speed walking... with Beki & Maddie behind trying to get in and out asap... *cuz i know how my boys roll and long target trips are NEVER good...* Well, before I even found the curtains, Zave was in hardcore meltdown mode... like... to the ExTrEmE... so after about a minute of chucking anything at him that it looked like he wanted... I said fine, no treats... were outta here. Pulled EVERYTHING out of the cart... their special Halloween toys and candy and off to the car we went... Bluh! Now i have to go back tomorrow and jut HOPE that its still there... After that little debacle we headed to Beki's for some lunch... Super cute little house she has here :) The boys carried on to destroy her clean living room & playroom (like kids tend to do with toys) Not a big deal... unil Izzaq pulled out a movie that he wanted to watch... and while trying to get it out he snapped it in half... awesome... fail number two of our fun day... So after that we ate some PBJ, playd some more... and then zave hit his limit... it was time for a nap. After only abou 30 seconds of fighting it... zave curled up in the playpen and let it happen... IzzaQ on the other hand... wasn't gunna bow to the man so easily... It his fun Trick or Treat day... weve been practicing for days! And there was no talk on nap in all of the Halloween practice... The kid threw tantrm after tantrum... and after a couple *deep breath buddy, deep breah* he calmed down... of course only to start up again... he snuck out of the room twice... pulled the cat by the tail.. opened Maddies jewelry box.. he would just not give it up... finally after 40 minutes he fell asleep with the other kids... I started this when he fell asleep... And here I am finishing and hes back awake... so hopefully an hour nap will cut it. So far this Halloween has been a huge lack of treats... and an abundant amount of tricks pulled by my kids... I really hope the shoot goes well, and we can move on to a fun night of Trick or Treating. Cuz right now, I gotta say im ready to throw in the towel... On a plus note... I hear I may get my first real Mexican burrito tonight ;)
Read more →
0 comments
Tags: "burrito", "California", "hallween", "treat", "trick", "tricks"